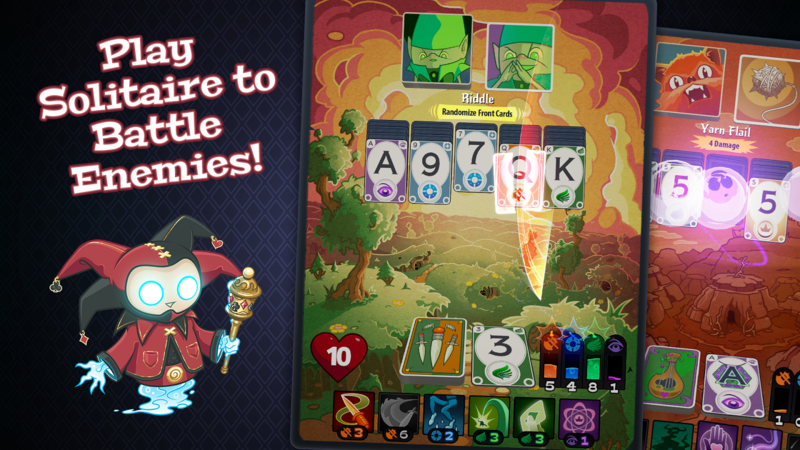 Gather your weapons and prepare to battle the armies of Stuck. In the land of Myriodd, all of the hearts have been stolen by the horrible Emperor Stuck, and you are the latest warrior brave enough to try to return them, saving the world from total heartless destruction!

With the guidance of the great Kismet who will teach you the power of solitaire and the four great energies—attack, defense, agility and willpower—to battle your enemies… you could finally be the one to save the realm.

Each player’s journey will be a unique challenge, with a horde of ever-changing enemies and a wide variety of items and spells to explore. Battle your enemies with brute force, or cleverly constructed builds with devastating combos, and defeat the Armies of Stuck!